The slides below are from our 2019 EPD testing results. They provide a glimpse of how EPD’s can be used for mating selection and tracking the overall herd improvement.

Feel free to contact us if you have any questions. Holding your mouse over the slides should pause the sequence. Use arrows to navigate forward or back. 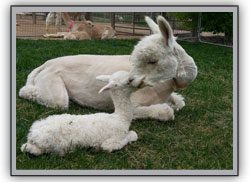 I think everyone can agree that a commercial, large volume, “natural fiber marketplace” exists in the world today. I think it is also safe to say that alpaca is not currently part of that premier group. At least not in a significant way. So the question is, can alpaca fiber be improved to the level that it will compete at the premier level. I and many others believe it can… and will.

There may be a few breeders out there that remember the ongoing “discussion” about the “Value of Crimp” published in Alpacas magazine about 15 years ago. The articles showed a some disagreement in what characteristics should be developed in the ideal alpaca fleece as we moved forward.  The one area that there was no disagreement was that alpaca fiber needed to be finer. There was no disagreement that our future as a successful fiber industry was to produce cashmere quality fiber. We knew it was possible, as alpaca was found to be of that quality before the Spanish conquests. What I am surprised by is the speed in which improvements have been made. I am also surprised that many alpaca breeders don’t have that vision. maybe it is because so much change has taken place over the past 5 -10 years but for whatever the reason, I think it worthwhile to be aware that we have a purpose  and that our future  is linked to how successful we are in achieving that goal.

We all know what the cashmere marketplace wants. Alpaca can meet that need in more natural colors, with less production costs and other significant issues than what they are paying for today.  It’s simply a matter of individual breeders setting a goal and  move forward utilizing the tools that are available. I personally believe that we, as an industry, should set our goal to develop our herds to produce at least 6 lb blankets of 18 micron fiber and to hold that production for as long as possible. I think 6 years old is realistic, but longer would be preferred. I established the 6 lb goal because it is roughly equivalent to the density of a 12lb blanket of 24 micron fiber animal today. We have the tools to do better but I believe this would be a worthy first step for us to take. I’m sure there will be naysayers but that’s what helps make the goal worthwhile. Because if it didn’t require effort and planning then everyone would do it.

If that sounds plausible to you then the first step would be to identify what is currently being producing within our own herds. Once the starting point is identified then the process of arriving at the destination with future offspring is simply a matter of making the best decisions to move in the right direction. 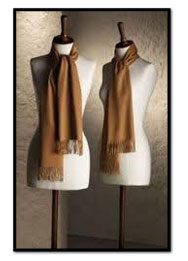 Today, you have three main choices that are proven to help you make the needed changes. Some of you will want to make those changes based upon one, two or all three of the following: first. your own private evaluations and herd assessments, second, others may feel the show system is sufficient to help them and the third tool is the AOA EPD program. Our breeding improvement program is mainly based upon our personal assessment and the AOA EPD program. We do recognize that the show system can be of some help but it falls into third place when compared to the objective data of our main two tools. It would be nice if the show system could demonstrate they are making progress towards our objective.

The EPD program is pretty new to many alpaca breeders. Even with their acceptance in all other livestock industries some alpaca breeders still have their doubts. Next, I’ll try to address a few of the most frequent concerns I hear regarding epd’s…. “People Cheat”, “the test is flawed” and the “Australian Alpaca Testing system is better”. One is true, one is irrelevant and the other is false. 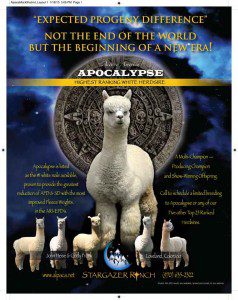 Early on in our alpaca endeavor we had come across some simple advice about how to best succeed in a livestock breeding business. In a nutshell we were advised to collect data and use it when making breeding and purchase decisions.  In the 18 years since, we have documented yearly improvement in our clip results. The most dramatic improvement has occurred since we have implemented an EPD program in making breeding decisions,  averaging a reduction  of at least one micron per year. We also have been more directive in who and how we teat. Since crias that are under a year old would tend to skew the results to help make the whole herd look finer we do not include any data from animals  that are less than a year old. We also do not test animals that are over 10  years old. The 2015 clip results are in and our herd average has  dropped to 19.9 micron for AFD.   This tally represents all 50 male and female huacayas between 1 to 10 yr old of all colors from white to black and dark rose grey. (No Juveniles) All have top EPD’s for multiple traits. Bred for perpetual fineness, increased fleece weight and excellent confirmation.

None of this would have been possible with the phenomenal genetic contribution of Accoyo America Apocalypse whose has been ranked as the #1 herdsire producing the most dramatic change in lowering AFD and increasing Fleece Weight. Apocalypse is now co-owned with one of the most encouraging breeders we have come across in years. Apple Mountain Alpacas in Clarksville, GA. Jay and Melissa Reeder share our vision of a prosperous and production industry. Contact Jay and Melissa for breedings between November and April each year. More information can be found on their website http://www.applemountainalpacas.com